Here’s a standup clip from a set at Helium Comedy Club in Philadelphia. 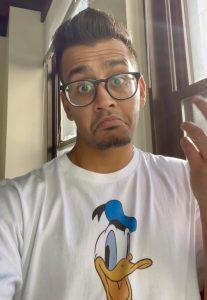 Misbah Haque is an Indian-American comedian, podcast producer and owner of Pod Mahal in Philadelphia. You can catch him on Tough Times, The Human Evolution Project, Miz Unfiltered and his comedy podcast, Purebred Weirdo. He’s performed at Helium, Broadway Comedy Club and opened for headliner Chuck Nice at Soul Joel’s Comedy Club & Lounge. His favorite venue is the one behind his eyelids.